I am Lena, a product designer that has founded a company without ever planning it. For the last 3 years, I have been working on my own product. This has been the most challenging time of my life, but also the years in which I have learned the most. Within my session, I want to share some of my personal learnings I have gained from working in this rapidly growing startup. I will talk about things that helped me survive this ever-changing and stressful environment and moreover even made me enjoy it. Some of these insights will be very concrete tips and some will be rather inspirational impulses.

„To start a business, you really need to have a lot of heart, soul and willpower! “

herCAREER: Lena, you are a young leader, your rapidly growing start-up is only three years old. Which are your experiences in starting your own business directly after studying?

Lena Jüngst: To start a business, you really need to have a lot of heart, soul and willpower! We began as a group of five young minds, who became a founder, each with their own personality, abilities, and flaws. But we had one thing in common: We were working together on this huge project and a common dream, against all odds. Because to be honest, apart from ourselves, there were not many people believing in us and there are still a few who do. But we took the chance nevertheless, and we could not be happier!

We had to make a lot of decisions during this initial period, that I never had to make before in my life. After all, most of us have never worked in a full-time job. For sure, you grow very quickly with your tasks, but it’s just as important to know which decisions should be passed on. We started hiring people that were a lot more experienced than we were and benefited from their expertise.

It is mind-blowing to see how much has changed in such a short period of time. We used to have the tradition of cooking for each newbie at air up – now there are so many amazing talents joining that no kitchen would be big enough.

herCAREER: What did you learn during the last years as founder and chief evangelist?

Lena Jüngst: I never imagined myself as the chief evangelist of a company – let alone a company that I co-founded – and to be honest, I had no idea what that meant at the time. I studied product design, which is a pretty unusual career path for someone starting a business, but I believe that more creative minds should be making decisions like that! As a creative, you need to learn to communicate your ideas to people who have a different background, or you need a translator who is good at that.

Also, I feel that you must be very inventive when starting from scratch! You must really think about the best possible option and make an effort to stand out, to make yourself visible amongst competitors. After spending a lot of time on tasks that were no longer relevant after a few weeks, I have learned to prioritize and to only put effort in tasks, that are scalable.

Also, as I mentioned before, one of the most important things we learned was to give up control and place our trust in those who are experts in their fields. I’ve learned the importance of recognizing and appreciating outstanding work, while also being open and honest about shortcomings. It will encourage people to be less fearful and taking more chances, which is the best foundation for innovation.

herCAREER:  And how did you survive this stressful environment and even enjoy it?

Lena Jüngst: I believe it is important to understand what you are working for, what goals you’re pursuing, and that you’re passionate about your projects and tasks. In the last few years, we’ve been fortunate enough to enjoy some big accomplishments and even exceeded our greatest optimist’s expectations. That, of course, fuels the desire to keep going!

However, I must admit that throughout the first weeks, I frequently spend more than 12 hours in front of my laptop and most of my time in meetings, which can be exhausting. For this reason, turning off the laptop on weekends or during vacations is even more important to me – then I recover and relax. We used to work a lot of night shifts, but I’ve discovered that a well-rested Lena is always a better version of herself.

Lena is Co-Founder and inventor of air up, the world’s first drinking bottle that flavors water just by scent – innovative, sustainable, and without sugar or artificial additives. Originally, Lena developed the first prototype of air up in her Bachelor’s Thesis at the University of Schwäbisch Gmünd which led to founding her own start-up in 2019. Since then, over 800,000 drinking systems have been sold which saved 55 Million of PET bottles and 1,500 tons of unnecessary sugar already.

This MeetUp is part of the Career MeetUps at herCAREER 2021, see program for location and time. 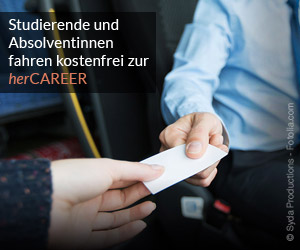 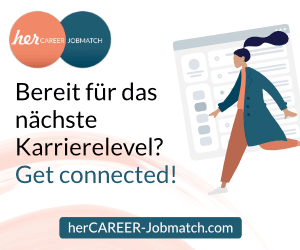 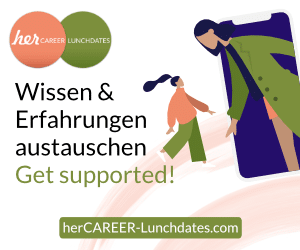 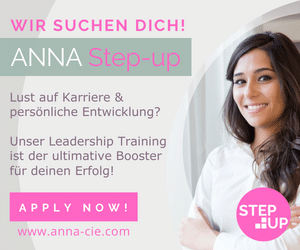